Many have probably heard stories about Nordic weeks. Most likely party stories. Some people might think that this is constant party for five days and no more than that. But why and how did this phenomenon begin?

Nordic weeks started in the beginning of the 19th century, or almost 200 years ago, with sporadic meetings between Danish and Swedish law students. It was then in 1856 that King Oscar I  of Sweden uttered the famous words at a students’ ball in Sweden that “herinafter war between Scandinavian brothers would be impossible” when speaking of the student meeting in Uppsala. Norway had at the time also began taking part in what was now becoming a co-operation.

This phrase of the king was quite relevant at the time, since the Danes and Swedes had fought many bloody wars between each other, the last one in 1814 as a part of the Napoleonic Wars. Nordic cooperation and student exchange among law students has been built on the value of collaboration among the Nordic countries, with the aim to ensure peace and prosperity for the future as well as create friendship among students across boundaries. This goal has among other factors, has made the Nordic countries one of the most peaceful and prosperous regions on the world.

Why all this partying?

In conversation with my friend from Norway a while ago, there was an interesting question posed: Would friendship among Nordic law students be the same if there were only lectures in the Nordic weeks? Are we Nordics not just so shy that we might need a little inspiration, before we truly get to know each other? Whether this is true or not, I will not say. But what I can say is that the social aspect is, at least in my opinion, the most important factor in the Nordic co-operation. During these weeks, I have met some of my best friends. The friendship that developed among the people is the driving force in the Nordic co-operation and provides channels for constructive collaboration among the lawyers of the future. Often it may be easier to work with friends than acquaintances or a “colleague”.

Perhaps the reason why people have mostly heard stories of partying, is that stories of interesting conversations on legal subjects or even life itself, tend to not make as exciting story material! Nordic weeks are and should always be for everyone, whether you are a social butterfly or more laid back.

Why should I go to the Nordic week?

According to an article I read recently, the average person at the University age, spends 40 minutes or more on Facebook every day. If we suppose that we are in school around 24 weeks a year, and study law at least five years, it means that we spend over 23 days of our studies on Facebook (probably twice that for many). If we have all this time for Facebook, I think we should have five days of our time as law students for a Nordic week.

And you will not just meet wonderful people. On top of friendships that I have made, I have also learned many interesting legal issues. I have experienced different cultures have still so much in common. I have seen new cities as well as spectacular and diverse nature. I have tasted all kinds of food and dishes that I could not imagine that I would ever taste. I have met legal professionals that have done landmark things in their field of law. I have even learned to dance properly!

I believe that I have gained a lot more from just one of the many Nordic weeks I have attended, than I will ever gain from Facebook.

I look forward to a great Lex week ahead!

and International Secretary of Orator 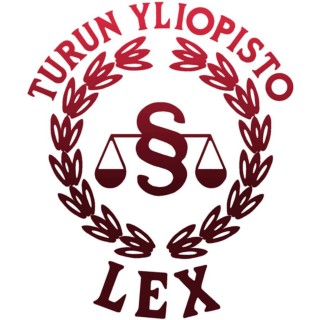 LexBlogi
Create a free website or blog at WordPress.com.